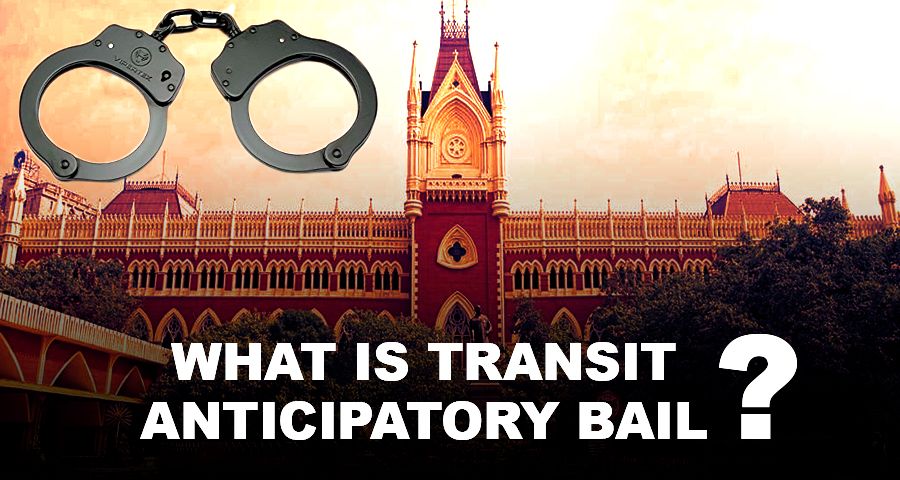 According to the dictionary of Black’s Law Bail has been defined as “release of anyone from any form of legal charge, with the condition that they will be mandated to appear before court whenever and wherever they have been summoned.”

In the forty – fourth law commission report of 1969 the concept of ‘ANTICIPATORY BAIL’ was introduced in the Code of criminal procedure of 1973, this was done to preserve the freedom of the individuals with respect to unpredictable violence. Section 438 of the Code of criminal procedure lays down the concept of Anticipatory Bail as how they can be granted by high court or sessions court. With respect to non – bailable offence offences the accused can also file for an anticipatory bail under Section 438(1) of the Code of criminal procedure. The court after analyzing the facts and situation will decide if the bail can be granted or not. In recent times, the idea of Transit bail or transit anticipatory bail has been put to use majorly. This can be seen taking its attention in the very recent ‘toolkit case’. Mr. Shanthanu Muluk was given the transit anticipatory bail by the High court of Bombay for ten days instead of being arrested. The Advocate Nikita who was involved in this case was also given the transit anticipatory bail.

The term transit literally means the moving of anyone or anything from one place to another. The transit bail is the bail that is issued by the court, it is given irrespective of the jurisdiction of the place where the crime or wrong was committed.

In spite of that, the roots for this idea can be traced back to the code of criminal procedure. This might not be a law in pen and paper but it has its history in many legal precedents and has been put to use many a times. This comes under the concept of ‘Judge Made Law’ and therefore there are not written provisions with respect to it. Nonetheless, the person who is being arrested has the fundamental right under Article 22 of the constitution of India that they cannot be kept in custody without being informed as to why they are being detained and this article is used as reference by the courts along with Sections 44 – A to 41 – D of the code of criminal procedure of 1973 will be followed during these trials relating to transit anticipatory bail.

The major question as to when a transit bail can be applied will arise as the personal liberty of the person lies in question. When this kind of situation arises the person, who is in danger of being arrested can go to the closest functioning court and file for the transit anticipatory bail even if the court is not in the expected jurisdiction. This part – time protection from being arrested will give time for the person who is to be arrested to go to the destined court for claiming the anticipatory bail as it has to be from where the case is primarily registered. The main use of this kind of Bail is that if there is no transit anticipatory bail then the police can arrest anyone from anywhere and this will deny them the chance to approach the jurisdiction where actually the case takes place. Clients will have to hire the best Advocates in their jurisdiction who will help them with the process. Adv. Bindu Dubey is one of the finest Anticipatory Bail lawyer in Navi Mumbai who can help the applicant with the process of Transit Bail.

In the case of “Shantanu Shivlal Muluk Vs. State of Maharashtra” the court granted the transit anticipatory bail to Mr. Muluk for a time period of ten days. Here the court stated that the main ingredient that should be taken into consideration if the person who has to arrested can be awarded with transit bail or not is that to see if they have with full faith approached the correct authority seeking relief. The court has also stated that the filing of FIR is not compulsory. In the case of “Ku. Sabinaz Vs. state of Maharashtra” the high court of Madhya Pradesh held that the anticipatory bail will be given in only for a limited time, the given duration being sufficient for the applicant to approach the actual court under the jurisdiction where the case has been registered. The case of “Honey Preet Insan Vs. state and others” the Delhi High court held that the Transit bail cannot be granted to anyone if they are not any bona – fide resident in their jurisdiction.

The concept of Transit Anticipatory bail is interpreted majorly from various precedents as it is a concept interpreted by judges as to how they want with respect to the facts of each case. Therefore, the outcome will be different for all cases. There is not proper codified law that the court can utilize to follow. Numerous precedents have been laid down for the courts today to refer and give the appropriate judgement.