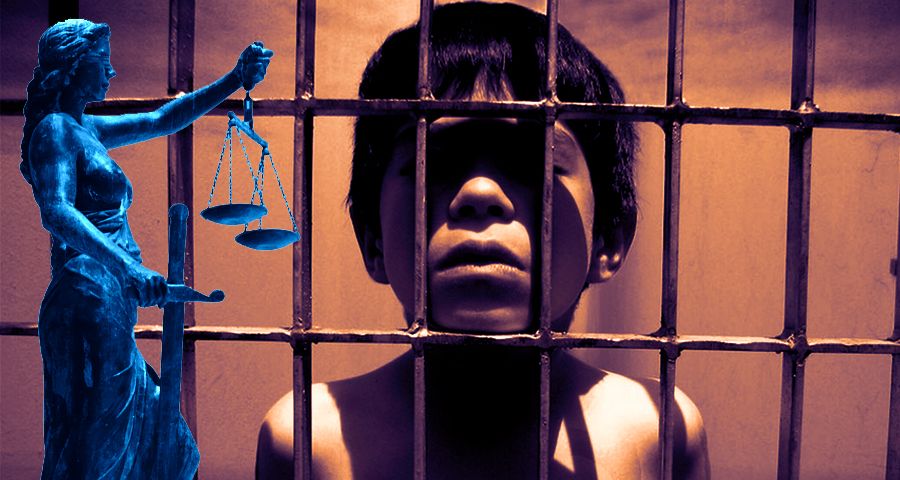 What is Juvenile Law in India?

Children are the definition of pure innocence and the flag bearers of the future. They are relied upon by today’s generation to lead the world into a more peaceful space. At times, to control the habits and behaviors of the children, various informal methods are being used, similarly under the law to punish the children who are proved to have done something wrong few provisions have been enacted by the Indian government as children cannot be given the same punishment as a grown adult. The Juvenile Justice (Care and Protection of Children) Act 2015 was one such Act which was legislated and enacted by the Government of India in spite of various protests and controversies. This provision gives a clear picture as to who, why and how can a child be considered guilty under the law. Adv. Bindu Dubey is very well educated top criminal lawyer in Mumbai in the field of Juvenile Justice care  will help the client understand the law better and with ease.

The concept of younger persons committing a crime is not an activity which emerged recently in the 21st century but has been in place for centuries and generations. Historical evidences show crimes committed by children are seen as very simple as it happens because of any small conflict as a child will never go around with the idea of wanting to injure or kill someone. But with time and the intensity of the crimes committed juvenile delinquency is considered very dangerous. Taking into account the problems and issues in place deep study shows that the crimes done by children are because of negligence and the crimes are many a times very general and related to something else. With respect to the social, economic and psychological conditions the child tends to act and commit the crime. Reasons such as poverty, family issues, abuse and other factors add fuel to the fire. Therefore during 2015 the government of India decided to bring into action an Act for children as they can never be treated as adults in this matter.

This Act puts in place the functions, the serious penalties by mentioning the role of the Juvenile Justice Board and the Child Welfare committee. Under Section 15 of the Act which states, “In case of a heinous offence alleged to have been committed by a child, who has completed or is above the age of sixteen years, the Board shall conduct a preliminary assessment with regard to his mental and physical capacity to commit such offence, ability to understand the consequences of the offence and the circumstances in which he allegedly committed the offence, and may pass an order in accordance with the provisions of subsection (3) of section 18.” Here the Juvenile justice board is given the power to change the cases to Children’s court if a child above 16 years of age has committed a heinous crime. The child will be kept under high security until they attain the age of 21 when they will be removed from under the definition of a child. So, after 21 years of the age the child be put in front of the investigation and will be acquitted or convicted based upon the facts. The process and procedure to convict an orphan or abandoned child lies with the Central Adoption Resource Authority. Chapter VIII of the Act deals with the Adoption related provisions, penalties and processes.

With the heinous incident of the Nirbhaya Rape case where one of the criminals was a minor while the offence was committed but he was only six months away from being eighteen was yet still prosecuted under the Juvenile Justice Act 2000 and was hence given lesser punishment of prison time of only three years. Several protests, several appeals were placed which demanded a change for this. Therefore, after heavy debate with respect to the Nirbhaya rape case the legislation was changed as children who are between the age of 16-18 can also be tried as adults if they had committed any heinous crimes.

In the case of Kallu V. State of Haryana, the court stated that the Juvenile Justice Act, 2015 has the main aim and objective to protect the children from the trials and convictions of the criminal court.

FEATURES OF THE JUVENILE JUSTICE (CARE AND PROTECTION OF CHILDREN) ACT, 2015:

The meaning of child in need of care and protection has been enhanced in Article 3 with respect to the Juvenile Justice Act, 2015. This definition now also includes any child who is working as laborer, who is at risk of being married very young, children who are being exploited, abused and are under parents or guardians who are unfit to raise a child.

The offences committed by the child were classified into three as Petty offences – offences where prison time is less than three years under Indian Penal code or any other Indian law; Serious Offences – these are the offences where the punishment is prison time of 3-7 years and Heinous offences – offences which has a punishment of more than seven years prison time under Indian Penal Code or any other Indian law. As mentioned earlier the child if above the age of 16 commits a heinous crime then they can be tried as adult by being in custody until they are 21 and then will be convicted as adults.

Chapter IX has been fully dedicated for discussing the offences against children. In the 2015 Act, under Chapter VIII adoption has been discussed with respect to various provisions. A new provision which discusses the public awareness and protection with respect to the implementation of this Act.

APPLICABILITY OF THE ACT:

Section 1(4) of the Juvenile Justice (care and protection of children) Act, 2015 talks about the applicability of the Act which states that the provisions and laws mentioned under this Act will be used for all matters which relates to children who needs care and protection and the kids who are in conflict resolution with the legal system as to children who are under prosecution, imprisonment etc and they have the right to get all the benefits of adoption, rehabilitation etc. This Juvenile Justice Act has a supreme effect on all the other criminal children related laws in India. In the case of Arjit Singh Vs. Union of India crime was done by a juvenile who was in the army. The Juvenile Justice Act was held applicable and valid for the said crime and it had the overriding effect on the Army Act.

CHILD IN CONFLICT UNDER THE JUVENILE JUSTICE ACT, 2015

Children who are in conflict with the law are granted various rights for their safety and well-being. Section 10 to Section 26 of the Juvenile Justice Act, 2015 puts into picture the process and procedures for the convicting and handing of children who commit any offence. Section 10 talks about the “Apprehension of children who are seen to be in conflict with the law”. This section makes sure as to how a child who is seen to have made a crime if not being proved cannot be placed in jail but in a safe custody. This section makes sure the children are not being treated roughly by the police officials. Section 14 of the juvenile justice act, 2015 puts forth the investigation procedure for any child who has committed any offence. Here, the different types of crimes are being classified and the penalties are laid down respectively.

PETTY OFFENCE – Section 2(45) of the Act defines petty offences as one which have the maximum punishment as prison time for maximum of three years under Section 45 of the Indian Penal Code, 1860. This also will have proceedings as mentioned under the Code of Criminal Procedure, 1973.

SERIOUS OFFENCES – Section 2(54) defines the Serious offences that includes any offences which have a punishment of prison time of three to seven years under the Indian Penal code. The inquiry is done by the board which will follow the procedure of strategic used in the preliminary summon cases mentioned under the Code of criminal procedure.

HEINOUS OFFENCES – Section 2(33) of the Act is all the offences where there is imprisonment of more than seven years under the Indian penal code. Section 15 puts forth the heinous offence’s first-hand assessment which will involve the investigation if the child is above 16 years of age, but if the child is below 16 years of age, then the date as to when the offence was committed will be discharged by the board under Sub clause (e).these offences are all deemed to be as culpable in front of the law. The provisions and regulations mentioned under this Act have no clear framework. All the non-social activities done by youngsters which because harm is considered as general misconduct and punished less under the law. This kind of activities at times provoke the youngsters to commit grave offences as there is no proper law to punish small offences at times.

This Juvenile Justice Act, 2015 in major nature lays down the punishment for individuals who commit offences against children. The following punishment for crime against children is, Section 74 which puts penalty for the “Prohibition on disclosing the identity of the children” and the offenders will be punished with imprisonment of six months or up to two lakhs or both. Sections 77 and 78 deals with the offences where the offenders give children toxic substance and they are punished with prison of upto seven years and one lakh fine.

Section 81 deals with the buying or selling of a child and the criminals will be punished with five years of imprisonment and fine of one lakh rupees. Section 75 deals with offenders who treat kids with cruelty and they will face three years prison and one lakh fine. Section 76 is for offenders who employ children for begging who will face prison time of five years and one lakh fine. Section 79 puts forth the punishment for offenders who keep a child under bondage and they will be punished with imprisonment for five years and one lakh fine. Section 80 is for people who fail to follow due process for adoption and they will face prison for three years or fine of one lakh. Section 34 of the Act deals with the crime of not disclosing the information mentioned under Section 32 which will put penalty of six months prison or ten thousand rupees. Section 42 puts forth the failure to adhere to the provisions of Section 41(1), the registrations in child care. Offenders will face one year prison or one lakh fine.

In spite of the JJ Act, 2015 being wonderfully crafted, drafted and enacted representation by an well experience criminal advocate in high court is deemed necessary as they will help the client under the law even better.