How Can A Father Get Full Custody Of his Child?

Advocate Bindu > Family Court Advocates  > How Can A Father Get Full Custody Of his Child?
0 Comments
Share

How Can A Father Get Full Custody Of his Child? 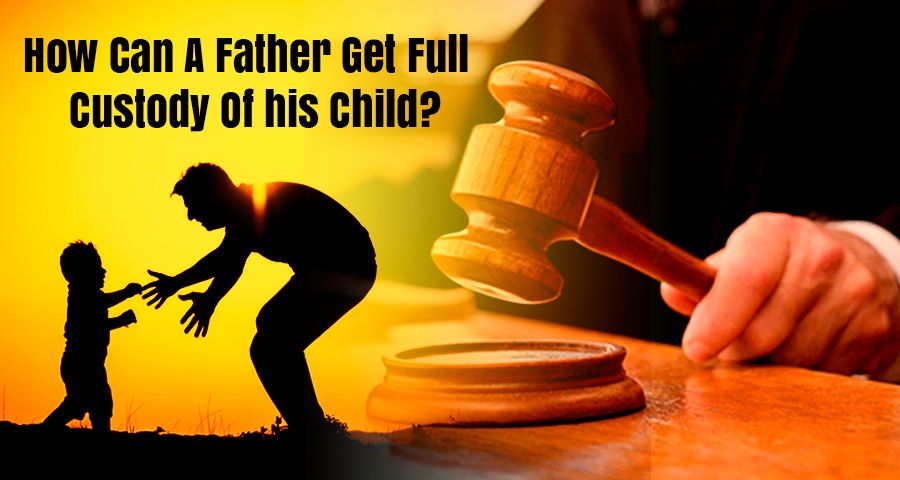 Who is most likely to get custody of a child?

The most common and comprehensive problem in any divorce case is the legal process for the custody of the Children. The main ingredient for the child custody is the concept of taking into consideration as to what is best for the child i.e., which parent will be able to provide the best and finest support for the child in terms of education, medical, financial etc. There are various Indian laws which put forth the provisions for the child custody. One such law is the Guardians and Wards Act of 1890 which is considered as a Universal law for all child related issues. When it comes to the child custody rights of a father it seems like a very tedious and complex process as the Indian Law favors the mothers more. But it does not necessarily mean that fathers cannot win the child custody, with proper laws, arguments and defence the custody of child can also be given to a father.

What are father’s chances of getting full custody of Child?

One major factor which will impact the idea as to if a father can gain child custody is if his name is listed or not in the birth certificate?. This is because this factor will impact the investigation and court processes which will look into the situation if the father is the legal father or not. If yes, then the father will be entitled to various legal rights which a father can ask for.

Does a non-biological father have rights?

The legal father is not necessarily the biological father, if their name is on the birth certificate then it means that they are the legal father and can be entitled to the specific rights mentioned for fathers.

If their name is not in the birth certificate and they are the biological father then the father can undergo a paternity test to prove his validity to the court.

What can a Father do to increase his chances of getting custody of his Child?

There are no specific laws or criteria being laid down which talks about the idea as to which parent will inherit the custody. However, there are many laws in action which favour the mother more under the Guardians and Wards Act of 1890. Nonetheless, there are things which a father has to keep in mind while fighting for custody. For example, can use the abuse laws i.e., don’t fall victim to it or can use it against the wife.

The main essence for a father in his child custody case is that he has to be honest and patient.

The father must be wholly truthful about his financial stability to raise a child.

The court will further investigate and check the father as to if he is fit for what he is asking, supporting and raise his child.

The father has to analyse himself and take the decision as to if he can do it and be crystal clear about it in front of the court. This will increase his chances of winning the custody.

Secondly, the father has to have a chaos – less plan in mind which will help him answer all the ragging questions thrown at him at court by the judges, opposition lawyers etc.

The father can talk to other parents about their experiences with child custody. They will help the father understand the process better and this will calm the father down mentally. However, it has to be kept in mind that each and everyone have different experiences and only the positive notes should be taken.

The main ingredient for a father to take care of while fighting for the custody of his child is that he has to become more involved in his child’s life.

The court will take this as a positive sign and increases the chances of winning the custody of the child. For example, the father can interact with the child’s teachers in their educational places, the father can help the child with their homework, the father can attend the children’s social, religious events such as birthday parties, award functions, talent shows etc.

The father will have to be considerate of the other parent also. This is a major factor which determines if the father is a good person or not for raising a child. While all the father should not forget what the child wants. The judiciary looks into what is beneficial for the child end of the day, therefore, the father must be considerate of that and choose his plans and decisions according to that.

It is also essential that the father has evidences and witness in the form of people who are ready to guarantee for him that he can be a good father. This increases his chances of winning the custody of the child.

There are various cases in Indian Law which has history of Father’s winning the child custody cases. In the case of “Kalyan Roy Vs. Priyanka Roy” the court in spite of the domestic violence allegations on the husband by the wife the court awarded the custody rights to the father as the child did not want to go with the mother. The wish of the child was deemed more important here.

In the case of “Sri Koustav Dey v. Sri Sudhir Chandra Das” the father applied for custody of his child from the father-in-law as the mother died due to suicide. The father-in-law blamed the father in terms of misconduct and filed an FIR however, with proper investigation the court held that the father-in-law was lying and even tried to brainwash the child. Therefore, the custody went to the father.

Gaining the custody of a child can be a very painful process for the father, at times it seems impossible to win. However, with proper analysing of facts and situations as mentioned above the chances of winning will increase. Adv. Bindu Dubey is one of the finest child custody lawyer in Mumbai who will analyse the facts of the case thoroughly and help the client win their case with patient and ease.