Do Men Face Prejudice under the Indian Legal System?

Do Men Face Prejudice under the Indian Legal System? 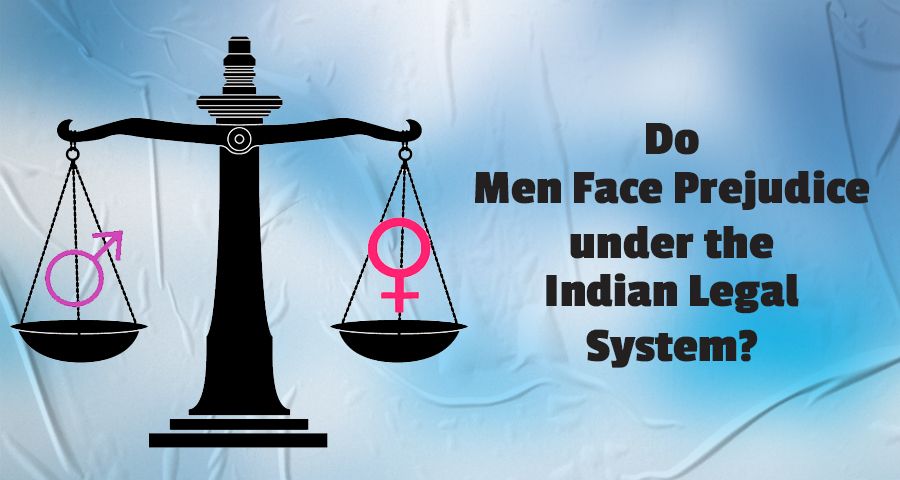 The family courts in India were set up as reaction to the many issues that arose against women in India. Various organisations came together demanding justice for women and family courts were established.

The Family Courts Act of 1984 helped and laid provisions benefiting women; however, these laws were practical and effect only on paper and not in practice. As at end of the day the conciliators were influenced by patriarchal mindsets. In spite of all this, the judiciary works with respect to the needs and wants of the society. Hence, any case with respect to families having mother and father with children, the result will maximum be in favor of the mother as society states that mother is the foster and father is the one who brings home money.

Because of this social pressure the families tend to function under pressure trying to fulfill the roles set by the society and often end up breaking down. At these instances the family tends to approach courts, even here they are blinded by the stereotypes and this ends up affecting the judgement. Not to deny the fact that India is moving towards western culture where both the parents equally nurture and earn, nevertheless, the traditional mind set doesn’t seem to leave the nation.

When any issues relating to families come up it is advised to consult the best family lawyer who is not gender biased. Adv. Bindu Dubey is one of the best Advocates in Navi Mumbai who works diligently by analyzing the facts of the case and not supporting one side biased.

With respect to all the stereotypes laid down by the society it can be seen how men many a times face prejudice and bias while any family cases come up. In case of divorce, it has been argued that men are not trusted when they say that they are victims of abuse from their wives. The ground of cruelty is not accepted widely by the court if a male files with respect to it. The counter argument however is that women in India are not given divorce easily as they have to depend on their husbands for everything. In cases of Maintenance, various arguments mention that only women have the power to file for maintenance under the ‘Hindu Adoptions and Maintenance Act of 1956.’

In religions of Hindu, Christians and Parsis the financial position of men are taken into consideration while deciding maintenance. However, Acts like the Hindu Marriage Act of 1955 and the Parsi Marriage and Divorce Act of 1936 states that either of the spouse who is not financially stable will be entitled to maintenance. Counter arguments state that various judgments have come up which state women are very well capable of managing their finances rather than depending on the men. In the case of ‘Rupali Vs. Rajat Gupta’ the court held that if the wife is stable financially then she will be denied the maintenance.

In the case of ‘Seikh Simran Vs. Sekh Rahaman’ the Muslim law states that the mother will by – default be the child’s guardian until they become seven years of age. Counter Arguments mention that many a times mother will seen as the first caregiver of the child as she has a better and personal bond with the kids. This can be seen in the National law commission report of 1890 where it has been mentioned that the mother can take the custody of the child until they become twelve years old.

In many other cases it can be seen how the mother will be made liable if she is seen to impact the mind of the child to have detest towards the father. This can be seen in the case of ‘Ashish Ranjan Vs. Anupama Tandon’.

Family courts in our nation must be made non gender – biased and this can be done by reducing the conflicts and trying to make justice more easily accessible. However, this depends on all the individual judges rather than the court or judicial system as a whole. The judgement given in Family courts are always public and not private. These verdicts should be made public as this will definitely reduce the biased judgments and arbitrary nature of the judgement. By making the judgement it can be made sure that by critically analyzing the judgments it can be shown as an effort to change the provisions if they are flawed.

During December 2020, a public interest litigation was filed in the apex court that all maintenance laws become gender – neutral and this was done irrespective of the religion. All cases with respect to divorce and maintenance will have to be done with respect to the financial stability rather than on gender terms. This will definitely bring change.

With respect to the child custody, it can be seen in the 257th Law commission report as to how they suggested changes in the child custody legal laws of India. Here, it was mentioned that rather than choosing mother over father it has to be analysed with respect to the best interest of the child financially, emotionally, educationally and medically and which parent can provide better. It also suggested that the custody can be enjoyed by both the spouses rather than placing it on one parent.