How to Send and Reply or Response to Legal Notice

How to Send and Reply or Response to Legal Notice

Posted by Legal Associates
in Lawyers 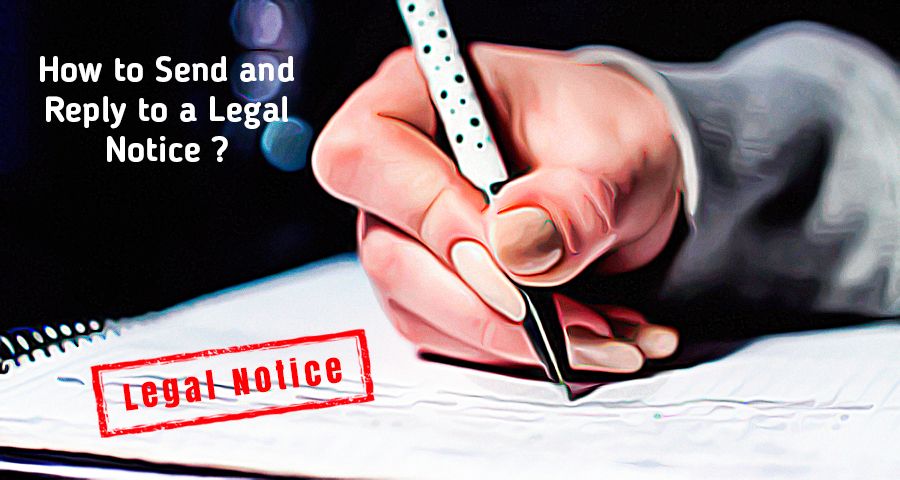 What is a Legal Notice?

Legal notice is a written formal document to inform a person/ entity that out intend to undertake legal action against him/ her. The person who sends the notice is called the Sender while the person to whom the notice is being sent is called the Addressee. It is a step before one file a lawsuit, if some specified conditions are not complied by the Addressee. A legal notice is an intimation and is only filed in civil cases like property disputes, dishonor of cheques, divorce, to name a few.

1. The basic information which includes the name, address and description of the sender should clearly mentioned in the notice

2. The matter in the notice is generally in paragraph and in each paragraph, statement supporting the cause of action should be provided. This should also include the essential facts of the issue and the grievances the sender had against the addressee.

3. The ending paragraph should have detailed explanation of the relied which is sought by the sender giving a proper rationale.

What is the process for sending a legal notice?

Numerous times, we don’t have the foggiest idea about the lawful significance and importance of the words we typically use in an easygoing way. Connecting with a certified lawyer helps while drafting a legal notice. Outrageous consideration is taken in regards to the selection of words and language utilized, and the proportions of alert about not conceding any fact that may later be denied to you in an official courtroom. When a lawful notification is dispatched, you can’t make any improvements to it. Neither would you be able to offer any expression opposing to what you have effectively expressed in the notification, at a later period. The notification is sent on plain paper or on the letterhead of the lawyer.

Stage 1: Associate with a lawyer who has great drafting abilities. The notification can be sent in any Indian language. The notification ought to be addressed to the individual against whom you have the complaints.

Stage 2: In your counseling meeting with the lawyer, kindly clarify the data exhaustively – alongside the names of parties included, addresses, dates when responsibilities were made and not regarded, difficulties and issues confronted, any past endeavors at exchange, and so on. Particularly in instances of husband-wife debates, a legal notice often brings the spouse for negotiation. In numerous occurrences, disputes are settled through guiding or common assent.

Stage 3: The lawyer cautiously considers the data you have shared, makes the pertinent and required notes in the discussion with you, and looks for any extra data, whenever required.

Stage 4: The lawyer then at that point drafts the notification in a legitimate language – plainly referencing the justification of sending the notice, all past interchanges with respect to the reason for notice and offers the recipient a reasonable time to settle the matter through negotiation. Contingent upon the complaint, generally, the lawyers, for the benefit of the client sending the notification, stress the requirement for a move to be made in the specified time frame to either satisfy the interest or look for an answer.

Stage 6: The assumption is that after the notification is received by the other party, they will answer back.

What to do after receiving a legal notice?

The following things are to be remembered once a legal notice has been received:

1) Reading the notification cautiously: It is imperative to peruse the Notice appropriately to comprehend the issue and the worries raised. In the event that one feels that conversing with the Sender can resolve the issue amicably then the discussion ought to be started.

2) Contacting a Lawyer: If the content isn’t seen as expected then it is encouraged to contact a decent lawyer who can additionally take the matter ahead. It is fitting to track the hour of notice inside which you got the notification it will be beneficial regardless of whether the contrary party records a suit against you.

3) Briefing the legal advisor: The following significant advance is to introduce your side of the story to the lawyer giving data about current facts, time and occasions identified with the issue. So, the Lawyer can draft a legitimate answer introducing your side of the contention.

4) Sending the answer: Once an answer of the Notice has been drafted by your lawyer it is being sent through enlisted post or courier and the receipt of the post is being kept. A duplicate of the answer is likewise being kept by the lawyer for some time later if the Civil suit is being filed.