How to Deal with False Complaints with Respect to POSH Act?

Advocate Bindu > Lawyers  > How to Deal with False Complaints with Respect to POSH Act?
0 Comments
Share

How to Deal with False Complaints with Respect to POSH Act? 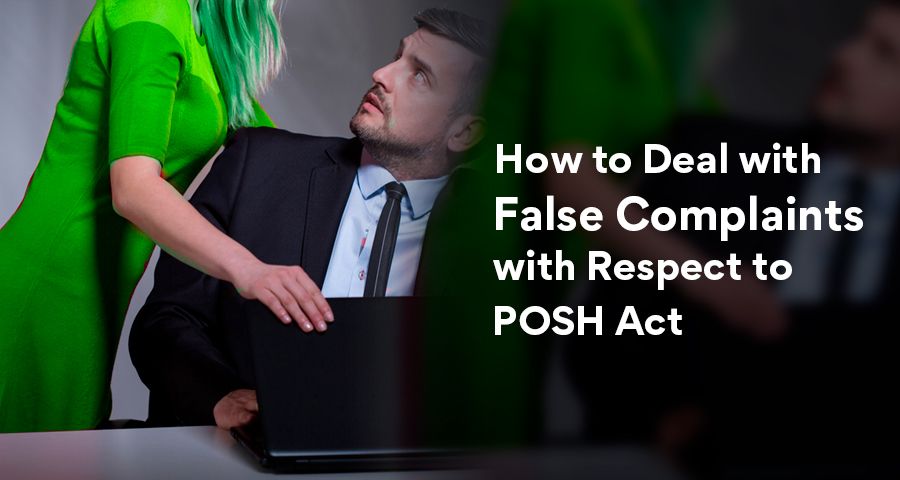 The number of female workers in companies, institutions, organisations, factories and other work places has significantly increased in the modern times. With the increase in women employees the number of crimes against them have also increased rapidly. Female workers being harassed, abused sexually, bullied are the most brutal yet common crimes that occur everyday in a work place. To keep a check on this the legislation of India drafted and enacted the Sexual Harassment of Women at Workplace (Prevention, Prohibition and redressal) Act of 2013. The main aim of women harassment act was to protect women from being assaulted or exploited sexually in their workplace and to punish the abuser. However, just like any other law or provision work harassment act also has major loopholes which are being used by offenders. Many a times people also abuse the law of workplace harassment act by filing false complaints. Proper help from lawyers and advocates will help people handle these kinds of false complaints. Adv. Bindu Dubey is one of the best lawyers in Mumbai who has the best knowledge and experience in POSH Act and will help the client handle cases effectively.

The duty of the internal committee is to take into consideration all the complaints seriously and should not act based on assumptions, However, the question arises as to how to find out if any complaint is false or not. The Internal committee will have to conduct enquiry in a very unbiased and non – partial manner. If and only if the committee collects enough information and evidence which shows that the complaint registered against someone is false and done with malicious intent then the committee will be allowed to suggest penalties against the person who filed the false complaint. This has been stated in Section 14 (1). It has also been mentioned that if the enquiry fails to prove that the complaint was false then they will not be held liable.

1. The false complainant will be made to given a written apology to the affected party.

2. The false complainant will be given serious warnings.

3. The offender will be reprimanded and condemned.

4. The promotion of the false complainant will be put on hold or cancelled.

5. If there was to be any increase in pay for the false complainant then it will be cancelled or put on hold. They will be stripped the privileges of bonus or increments.

6. In serious cases the false complainants will be terminated from their job if proven guilty.

7. The false complainant will be forced to take counselling as what made them to give such fake complaints with malicious intent.

8. The false complainant will be ordered to do community services.

Prevention of False Sexual Harassment Accusation at the Workplace

All these provisions and penalties are laid down if anyone files a false complaint against anyone in the company. However, the Internal committee can prevent the whole process if they nip it in the bud. This is a huge challenge as people tend to do it to harm the other person and they do it intentionally. Nonetheless, the companies can put forth few points which will minimize the complaints that are being filed falsely.

• The organisation can put forth heavy punishments and severe fines with respect to POSH Policies.

• The company can put forth the consequences if anyone decides to file a false complaint under POSH training. Under these training the employees should be taught to understand the difference between weak complaints and false malicious allegations.

• The committee can show examples of real case laws which has shown people filing false complaints and facing the consequences as such.