Contested Divorce In Mumbai, India: Meaning, Grounds and Steps To File In Court

Contested Divorce In Mumbai, India: Meaning, Grounds and Steps To File In Court 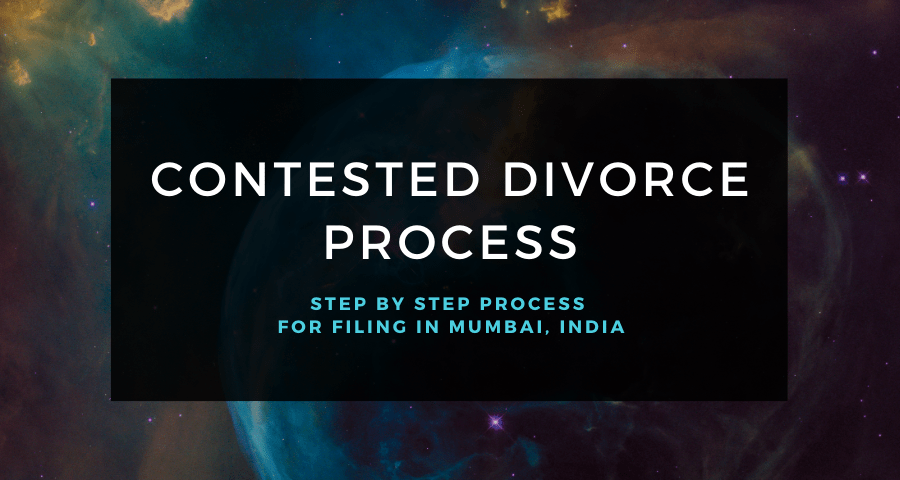 Marriage is made in Heaven but Divorce is handled on the earth. Filing for Divorce is considered as breaking the two families. It is filed wherein both the husband and wife cannot live together in the relation as a couple. Both the spouses can either mutually decide or file the divorce in the court. If the spouses mutually decide on the divorce it is considered as Mutual Consent Divorce else it is referred to as Contested Divorce.  Mutual divorce comparatively takes lesser time than the contested divorce. Mutual Divorce is around 6 to 9 months whereas Contested can take around 2 to 3 years as well or even more in some cases. Contested Divorce is usually filed by one of the spouses wherein another spouse is not ready for the divorce.

Contested Divorce in India is filed by one party that is willing to dissolve the marriage as against another party who is not inclined to get the divorce done. It means the separation decision is not mutually decided by both parties. It is also called as One-Sided Divorce. This also takes place when one spouse has the grounds for separation and has complete willingness to end the matter. Husband and Wife contest against each other in the case and they both need to hire separate divorce lawyers in Mumbai, India to safeguard their interest.

Grounds for Divorce in Mumbai, India

Contested Divorce as per Section 13 of the Hindu Marriage Act, 1955 can be filed on various grounds and these grounds can be as follows:

Appropriate court for the Divorce?

Contested Divorce can be filed in the Family Court as per the jurisdiction like:

Process to File a Contested Divorce?

To contest a divorce in Indian courts, the following procedure is laid down:

Once the divorce decree is passed in the court the husband and wife had to sign the divorce papers so that the proceedings come to an end. This is the final step in the process of dissolution of the marriage between both the parties legally. However, if any party is not satisfied with the order an appeal can be filed in the higher court within 3 months of the order date.

Even if this is family and divorce case other petitions like Maintenance / Alimony / Child custody / Property Separation needs to be dealt with in the case of contested Divorce. In the Mutual contested divorce, it is handled mutually by both the parties.