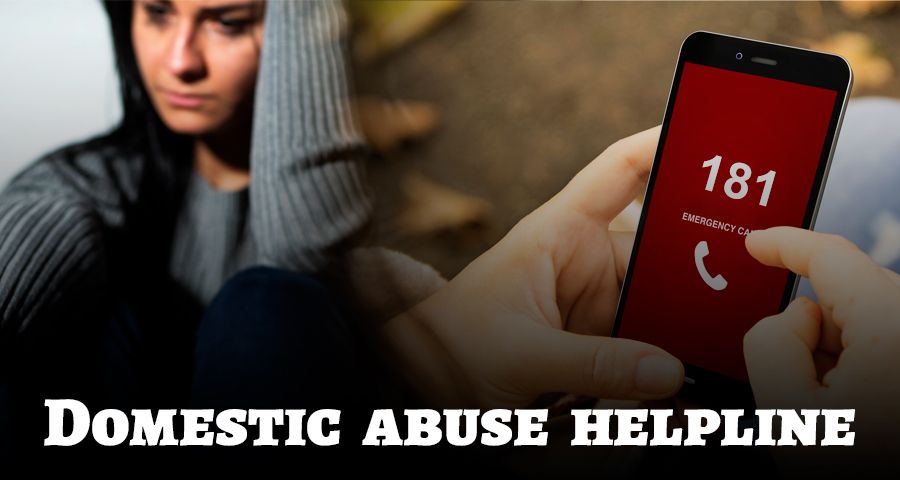 The lockdown imposed because of the Corona Virus has created many problems worldwide, however the most brutal and painful one is the increase in the number of domestic violence cases in India. Domestic violence or harassment is not necessarily done only by husbands but can done by parents on kids or vice versa, by the in – laws or by any other family members too. Harassment because of dowry or abusing the elderly is also a form of domestic violence. Many a times in our nations the domestic violence which happens inside the family are not brought to light because of the shame or guilt which follows the issues. No one in this world deserves to be abused or harassed no matter what, whoever has faced this should get justice. For people to stand up for themselves and bring justice by punishing the offender they will have to first understand in better quality the terminology of domestic violence and all the remedies offered by the Indian legal system. Adv. Bindu Dubey is one of the finest and best NRI lawyer in Navi Mumbai who handles cases related to domestic abuse. She will help the client in analyzing the intensity of the crime and will provide the best solutions or opinions and will curate the best arguments to win a case.

The Indian Penal Code of 1860 under Section 498a has stated that domestic violence is a very heinous crime and the offenders will be punished with jail time which can be extended up to three years. As mentioned before there are many types of Domestic Violence and the signs for many are not very obvious and might feel like a normal day to day thing. Apart from social image another common reason is that people cannot understand if what they are experiencing is an abuse or not hence, they do not care to report it. Therefore, it is necessary for everyone to understand the types and differences in domestic abuse. The types of abuse include,

PHYSICAL ABUSE – This means any actions which injures a person physically, for example, husband beating up his wife; choking someone; pushing etc. This is the most common form of abuse in our nation and if brought before court providing evidences is comparatively easy. Yet, the concept of marital rape has not been criminalized yet by the Indian legal system however it is definitely a form of physical assault. They can however be provided relief under the ‘Protection of women from domestic violence Act of 2005’

ECONOMIC ABUSE – This is when the abuser has access to the victim’s assets and they tend to control it. The abuser will separate the victim from her finance by not providing enough resources or money. They do this so that the victim gets to depend on the abuser for anything and everything. Examples include, victim is not allowed to create a bank account; forced to give away their pay check; threatening to not give money while arguing.

EMOTIONAL ABUSE – This is when the abuser puts emotional trauma on the victim but insulting them or causing them distress. In our nation, this form of abuse is very common between parents and children. Examples include disrespecting someone, marital rape, calling names, degrading someone in public etc. which might cause emotional pain to the victim.

The effects of domestic violence can be very painful and intolerable. The physical abuse can leave a scar permanently which can be in the form of loosing speech, diseases that are transmitted sexually, issues pertaining to gynecology, pains, burns etc. Domestic violence and abuse have proven to cause post – traumatic stress disorder on the victims. They tend to become anti – social, experience sleeplessness, go into depression and many other issues which will be caused by emotional abuse. Many a times when women come out with their domestic violence experiences they are being ridiculed and called names. They are forced to live in isolation at times. Because of such reasons women tend to live quietly with their pain. Women fear the consequences of coming out and hence keep quiet and live with pain. Victims many a times tend to get very suicidal because of the abuses they face.Domestic abuse has negative influences on the family as well, in situations where the abuser uses violence or threatens, the relatives will in general feel vulnerable and in the long run endure torment as well. They will also be forced to visit courts and police stations all the time.Other effects include being helpless, unmotivated, depressed, anxious, hopeless, low self – esteem and many other issues which can cause mental and physical damage.

People are scared to come out with their domestic abuse issue as they think going to court or police station might ruin their family’s reputation or their worth in the society. During these times many other forms of help can be used by the victim. Various types of helplines have been set by private and the government for helping the abused.

• AskSHEROES is a global platform that helps people who have faced domestic violence. There is an app for this platform. People can install the app and text a counselor who will provide the necessary help. This is highly confidential and secure.

• Victims can also directly contact the National Commission for Women in Delhi and register their complaints and grievances. Many numbers have been provided in their website with respect to help for women in distress, or for legal aid or for obtaining counselling.

• There is an All-India Helpline which has been created by the National Commission for Women. They have also launched WhatsApp contact for females who experience abuse during this Lockdown.

• For people in and around Mumbai they can DIAL 1298 which is a service which is being managed by Ziqitza Healthcare for helping women in distress and they have a very good success rate. This organization is proven to aid women with all forms of abuse as they have tied up with various NGOs.

Domestic violence is an issue which is faced by not only women but also men, therefore many a times these helplines also offer to help men who face domestic abuse, violence or harassment.

Ways to reduce or eradicate the domestic violence starts when everyone starts giving importance to letting girls study and become financially independent. Other methods can be creating awareness among men, Cleansing the Misogyny, teach gender equality and make everyone be a responsible individual.

Domestic violence is not a new issue but has it roots since time immemorial, however with recent advancements legally and morally fighting this seems a little bit easier and if everyone comes together this can be eradicated completely.